Rad Romance: 5 Things That Happen Because I Have The Same Boyfriend at 46 That I Did At 17.

In high school, I was friends with a boy who was handsome, kind, strong, and the most intelligent person I ever knew. Reader, I married him. There are some interesting truths about having the same boyfriend since the eighties. 1. There is a written record of our relationship. On paper. Our romance began in 1987 before cell phones and texting were invented. In fact, though we went to the same high school, Jim lived far enough away that our calls were billed as long distance. There were a few years there when he lived in the mountains and I lived… 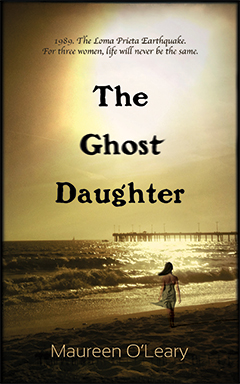 What I Was Thinking When I Wrote The Ghost Daughter

A few years ago I stood in the check out line at the grocery story, Casey Anthony staring at me from the cover of the People magazine. I don’t follow crime stories usually, but this one followed me. I couldn’t help it. I was fascinated.  A young woman claimed her little kid went missing a full month after anyone had seen her. The authorities found the thoroughly decomposed body of the child months later in a pile of duct tape. The prosecution was inadequate to the task of conviction and the judge let her go. Everyone thinks she did it. But…

An Interview with Tori Rigby, Author of Because I Love You

Blaze Publishing’s forthcoming YA title Because I Love You looked so interesting to me that I had to ask Tori Rigby if she would be willing to answer a few questions for my blog. Read the introduction and you’ll see what I mean:   Eight weeks after sixteen-year-old Andie Hamilton gives her virginity to her best friend, “the stick” says she’s pregnant.  Her friends treat her like she’s carrying the plague, her classmates torture and ridicule her, and the boy she thought loved her doesn’t even care. Afraid to experience the next seven months alone, she turns to her ex-boyfriend, Neil… 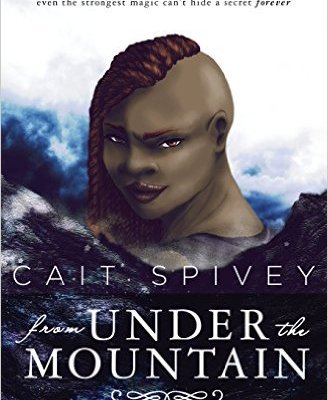 Author Spotlight: Cait Spivey, author of From Under the Mountain

One of the books I’ve most enjoyed reading so far this year has been the epic fantasy adventure From Under the Mountain by Cait Spivey, released through Reuts Publications. The story is based in a mind-blowing, fantastic world meticulously built by Spivey as a young woman finds herself, after the death of her tyrannical royal family, at the head of an empire. The novel is sometimes reminiscent in the best possible way of Game of Thrones in its scope and intrigue. There is magic and intrigue and complex human relationships in a world where sexual orientation doesn’t raise eyebrows, but…

At an interview today, a lovely journalist asked me if I read all the time. Answer: I do. I read every day. But reading isn’t a chore. This isn’t a blog for Puritans, despite the writer’s distaste for fun and compliments. When I was a kid, I loved the library. I spent hours there. I came home with piles of books. I read them with great pleasure. I love the library in the same way now, except that I can order books ahead of time and find them waiting for me there with my name tag attached. That’s like Christmas…

If you have not yet watched the F/X series Sons of Anarchy all the way through to the last, then stop reading this post. SPOILER ALERT. The entire thing is on Netflix right now. Watch it. Return in a week. Gemma Teller is the matriarch of the Sons of Anarchy motorcycle “club”, the mother of the main character Jax. She resembles the Hindu goddess Kali in her destructive power. Also like Kali, she means to destroy only harmful people, yet ends up destroying much more. Katey Sagal, real-life wife of the series creator and writer Kurt Sutter, plays Gemma Teller….

Okay, so Furiosa isn’t a goddess, she’s a character in Mad Max: Fury Road. She doesn’t even have magical powers or supernatural forces of any kind. She looks like Charlize Theron, so she has that going for her, but being beautiful is not exactly an asset in her world. I read Cindy Fazzi’s film review of Mad Max: Fury Road that touches on the feminist themes at work in this film. In fact, I read the review on the way home from seeing the film and it was such a joy to see that someone else understood the same things I…

A Press Release About The Arrow

ALBUQUERQUE, N.M., May 19, 2015 (GLOBE NEWSWIRE) — Geminid Press, LLC is pleased to announce that two of its new urban fantasy novels, The Arrow (Children of Brigid Trilogy Book One) and Keeper Chronicles: Awakening, both from women authors, have garnered recent critical acclaim, including being named finalists in Foreword Reviews’ IndieFab Book of the Year Awards. The two books feature strong female protagonists who struggle as much with demons and apocalyptic mayhem as they do with profound and metaphorically universal coming-of-age issues. In The Arrow, a powerful young healer, Fynn Kildare, discovers that a pharmaceutical company’s greed threatens humanity….

Some of my greatest inspiration in writing Urban Fantasy comes from the movies of the 80’s and 90’s.  They are absurd, overly stylized and loud, but so is Urban Fantasy as a genre.  I make no apologies for my taste in urban fantasy movies. If you’re going to have shape-shifters, monsters and vampires, they might as well be flashy. Here are 6 movies that tell the stories of supernatural creatures in urban settings with an uncommon amount of pathos, style, and loud synthesizer music. Cat People Nastassja Kinski’s gorgeous eyes alone are paranormal.  In this remake of the 1942 horror…

I know when I need a dose of goddess Kuan Yin when I start daydreaming about sleeping. Forget the fantasy worlds and story ideas that normally occupy my mind; when I’m truly stressed, I fantasize about nothing more than just being allowed to drop out of my life for days and sleep. When my life of full time teaching, grad school, and writing become less like surfing and more like surviving a tsunami, then Kuan Yin is always there to remind me to calm down. Kuan Yin is an east Asian goddess of mercy and peace. I love that word, mercy. When I…