Me: No. Just find a patch of clover and frolic in it for a second.

Students: What do you mean frolic?

Me: Why does the forty-five year old lady have to tell the teenager how to frolic? Just find a patch of clover and do this (takes off shoes and frolics).

Today is Labor Day, the day we celebrate workers, the five day workweek, the weekend, basic human rights in the workplace, the right to organize into unions. . . .and today I celebrated with a frolic in the clover at a picnic:

It might be tempting to forget the necessity of labor unions and workers rights when you are (as I definitely am) gleefully employed in an uplifting workplace. For me, work itself (both teaching and writing) is a frolic in the clover. It has not always been thus and so I remember the contributions of laborers who have risked terrible repercussions in order to fight for the rights of workers by remembering when:

“Then stop being one,” he said.

It isn’t pleasant for me to think on these things. I would rather return to the clover, and shortly I will. Yet it is important on Labor Day of all days to reflect that it is honorable to work. It is honorable to make a living. It is very dishonorable to take advantage of, mistreat, and profit unduly off of workers yet it happens all the time, it has happened to me, and it will continue to happen in many places but for the efforts of organized labor.

Now. Back to the clover. It would be interesting to hear your good and bad labor day stories in the comment section.

I labored on these. I was my own boss and I was fair and just to myself while I was working on them. I gave lots of breaks for snacks and Twitter.  Click on the covers to the links to buy if you want. 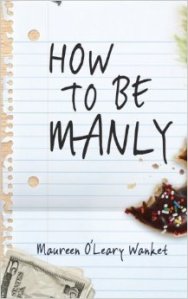